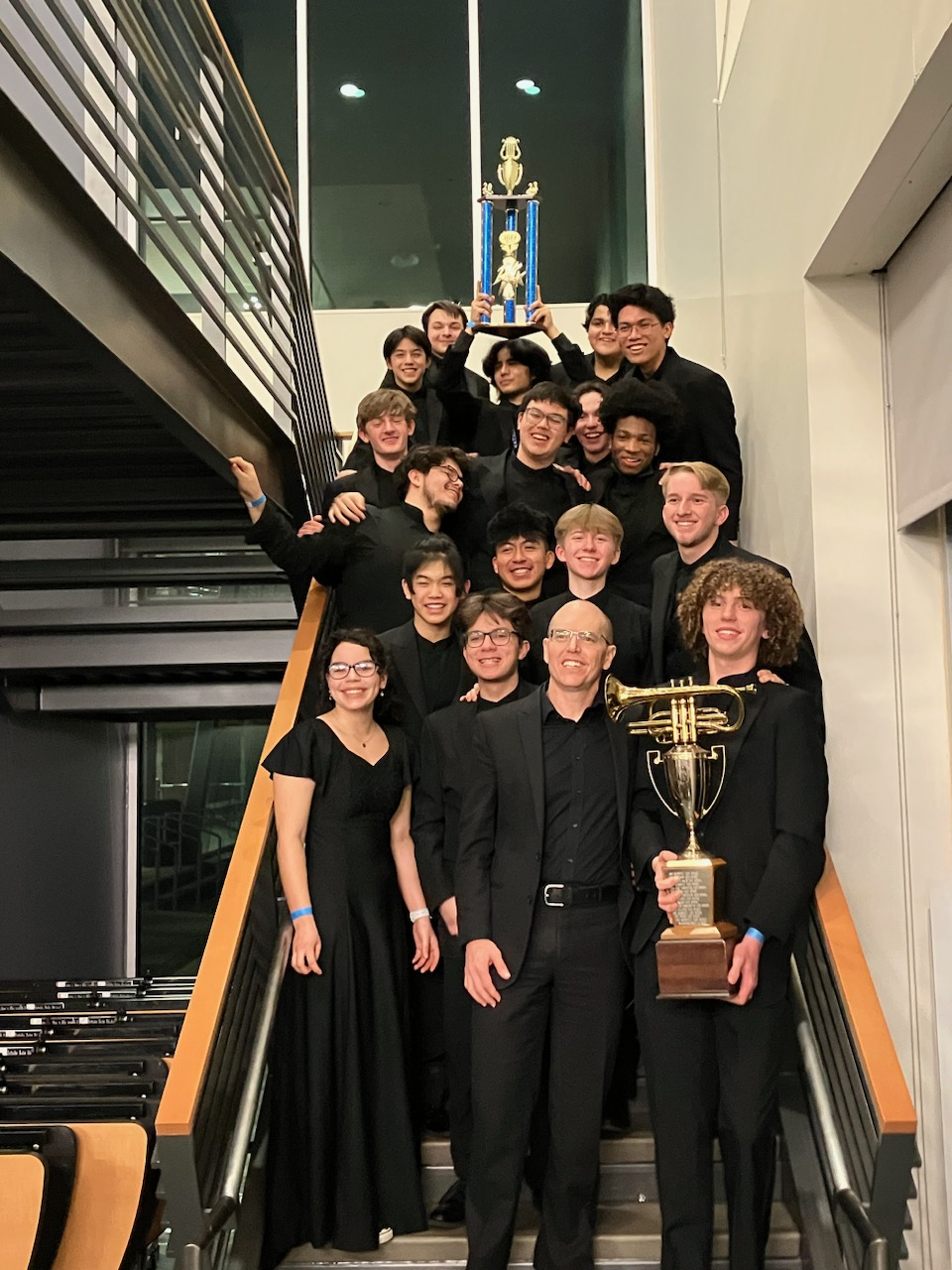 We are proud to recognize the winners of the coveted The Dale Beacock Memorial Sweepstakes Award!

One of our most exciting traditions at the Clark College Jazz Festival is the presentation of the celebrated Sweepstakes Award. The Sweepstakes Award originated in 1963 to recognize the most outstanding band selected by the adjudicators from the entire festival. The winning ensemble remains that year's Sweepstakes Band until the next festival when they in turn, pass on the title and distinctive trophy to the next year's recipient.

Along with the distinction of being recognized as the top band from the entire festival, the Sweepstakes Band will return as the showcased group to perform on a non-competitive basis on the final evening of the finals competition.

In 2020, our panel of adjudicators awarded the Dale Beacock Memorial Sweepstakes Award to Battle Grond High School Advanced Band.  We look forward to hearing this band perform on the final evening concert next year at the 2022 59th Annual Clark College Jazz Festival!

Past sweepstakes award recipients since 2000