Before WSU Vancouver moved to its current site in 1996, it was housed in Bauer Hall on the Clark College campus 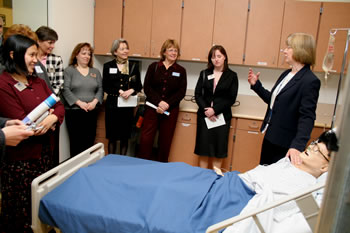 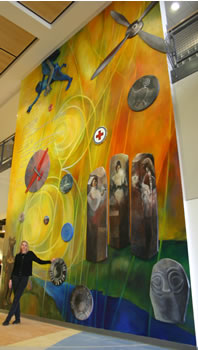 The beautiful facility is home to Clark's nationally-recognized nursing program as well as general education classes.

The groundbreaking ceremony for the environmentally friendly, state-of-the-art facility was held on July 21, 2004.

The $19.7 million project, which was designed by LSW Architects, PC, of Vancouver, was completed on schedule and under budget.   It received a 2006 Community Pride Design Award from Clark County and the city of Vancouver.

The lobby mural, “Flight of the Mind, Exploration of the Heart” was created by Johanna Poethig as part of the Washington State Arts Commissioner Art in Public Places Program in partnership with Clark College.