VANCOUVER, Wash.– Clark College honored its 79th graduating class at the 2015 Clark College Commencement ceremony held Thursday evening, June 19, at the Clark County Event Center. Approximately 2,000 degrees and certificates were conferred on the next generation of our community's workers, leaders, and scholars.

Highlights from this year’s ceremony include: 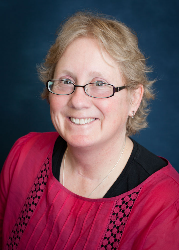 “This has been a really long-term dream,” says Kathleen Fockler of her graduation from Clark College’s nursing program. “I’ve wanted to be a nurse for 20 years.”

The 47-year-old mother of two first began attending Clark in 1994. However, when her newborn son, Gabe, began suffering seizures and developmental delays, Fockler made the difficult choice to leave school. She went on to become a paraprofessional assistant for the Evergreen School District, working with young special-needs children, an experience that solidified her desire to one day work in a hospital setting with medically fragile children. It was only when Gabe entered Clark as a Running Start student that she felt the time was right for her to return to college herself.

Once enrolled, Fockler soon distinguished herself for her empathy and her indefatigable work ethic. She worked two jobs while completing her prerequisites for the college’s highly competitive nursing program. (Thankfully, once in the program, she was able to earn scholarship funds so she could concentrate on her studies.) Along with her family responsibilities, she volunteered weekly for both the Evergreen School District Early Childhood Center and the Center for Medically Fragile Children (CMFC) at Providence in Portland, Oregon. She also served as co-president of the Student Nurse Association of Clark College and as a peer mentor for the nursing program.

Despite these responsibilities, Fockler earned a cumulative grade point average (GPA) of 3.79. Additionally, she became the first Clark College nursing student to be granted an internship at CMFC. Fockler, who passed her NCLEX-RN exam earlier this month, has already been hired by an in-home nursing care service specializing in medically fragile children. However, she knows that to achieve her dream of working in a hospital setting like CMFC as a pediatric nurse, she will need to earn a Bachelor of Science in Nursing degree.

“Earning this scholarship means everything to me,” she says. “I’ve overcome so many hurdles to get where I am. But this will allow me to overcome that final hurdle to work in a hospital with medically fragile children.”