Celebrating a history of international friendship 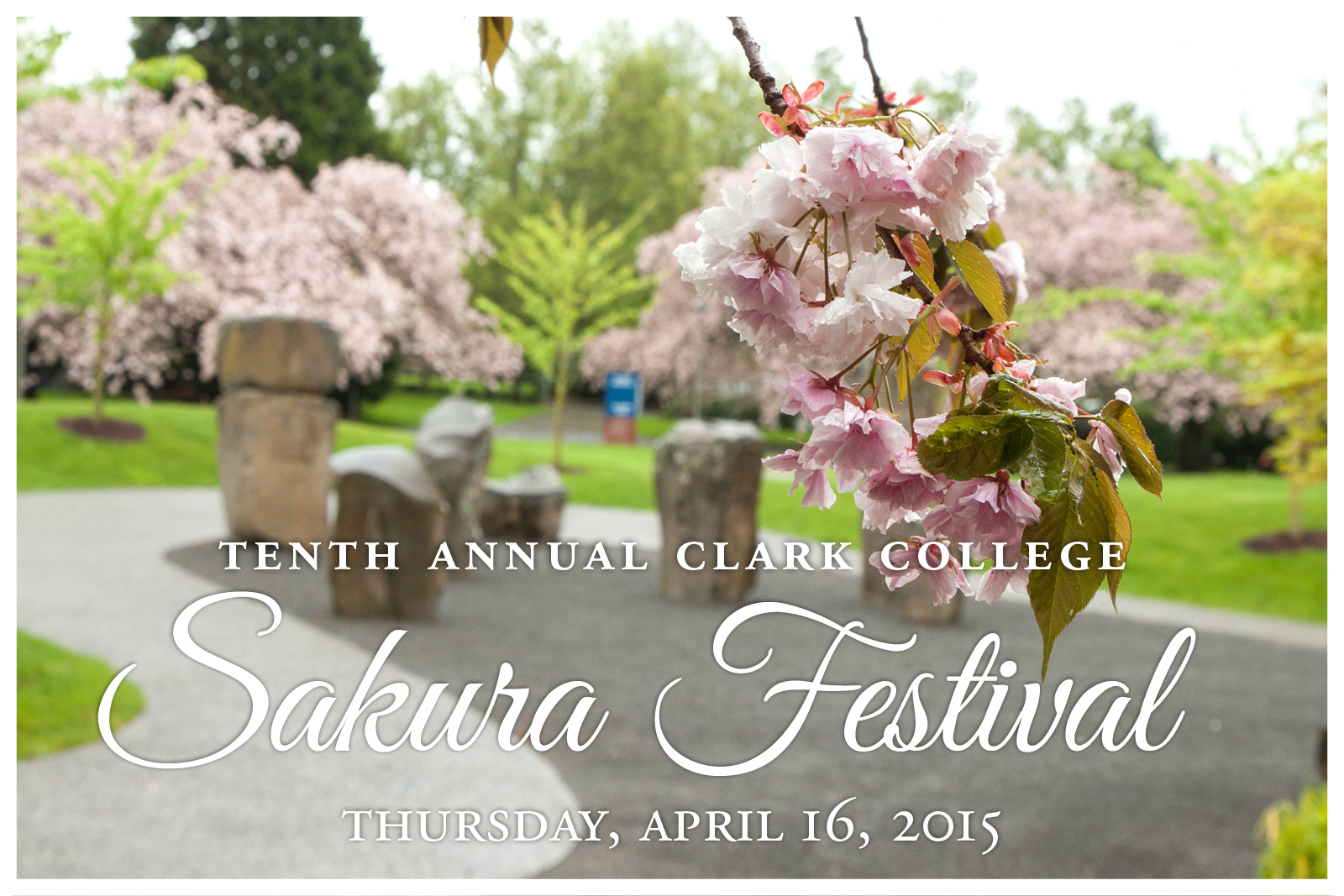 VANCOUVER, Wash. — On Thursday, April 16, Clark College’s 2015 Sakura Festival will honor the historic ties of friendship between the cities of Vancouver, Washington, and Joyo, Japan. This year’s celebration holds particular significance, as it recognizes several important milestones: the 25th anniversary of the donation by Mr. John Kageyama of the 100 shirofugen cherry trees whose blossoming on the Clark College campus this festival celebrates, the 10th anniversary of Clark’s Sakura celebration, and the 20th anniversary of the Vancouver-Joyo Sister City relationship.

The festival will begin with opening remarks at 1 p.m. at the Royce E. Pollard Japanese Friendship Garden, which is located next to the Beacock Music Hall on Clark’s main campus. (In the event of inclement weather the ceremony will be held in Gaiser Student Center.) Dignitaries who are scheduled to speak include Vancouver Mayor Tim Leavitt; John Kageyama, President of America Kotobuki; Hiroshi Furusawa, Portland Consul General; Tatsuo Ito, Executive Vice President of SEH America Inc.; and Clark College international student Erina Yamazaki. Located within Kyoto Prefecture, Joyo is Vancouver's official sister city in Japan.

From 2 to 3:30 p.m., the Sakura celebration will continue in the Gaiser Student Center, where guests will enjoy family-friendly cultural activities including a dance performance by the Clark College Japanese Club, a greeting from the children in the college’s Child & Family Studies program, and a performance by members of the Portland Taiko Drum Group. Refreshments will be served. Information about the Sakura Ceremony is available at www.clark.edu/cc/sakura.

All events are free and open to the public. The Sakura Festival is sponsored by Clark College, the City of Vancouver and the Vancouver Rotary. For video of last year's Sakura celebration, please visit Clark's YouTube channel.

Clark College is located at 1933 Fort Vancouver Way, Vancouver. Driving directions and parking maps are available at www.clark.edu/maps. Individuals who need accommodation due to a disability in order to fully participate in this event should contact Clark College’s Disability Support Services Office at 360-992-2314 or 360-991-0901 (VP) or visit the Penguin Union Building room 013.