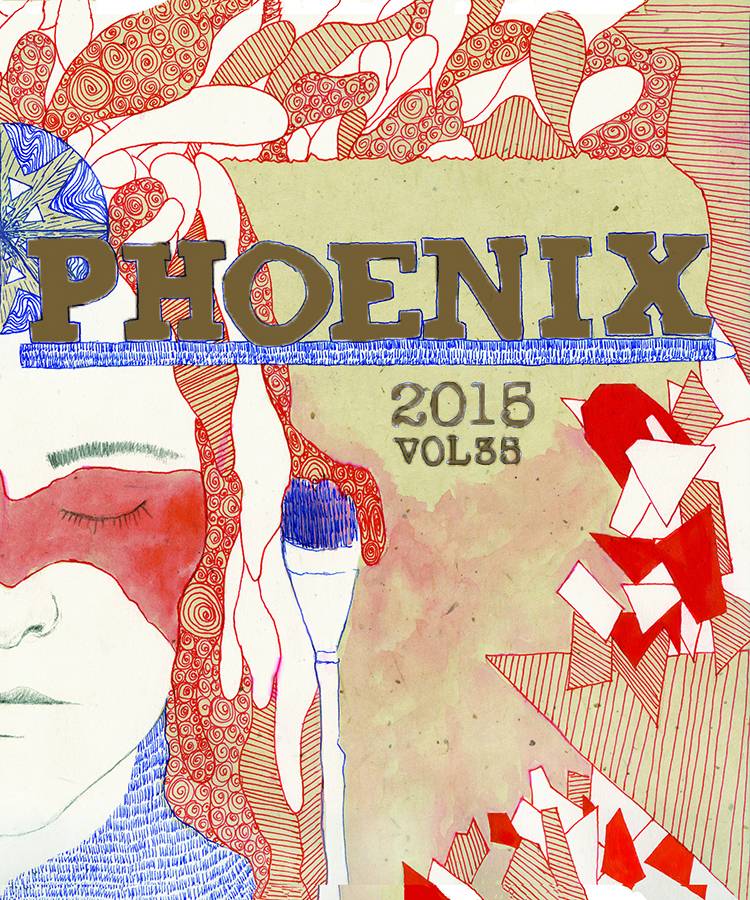 “This is a first for us,” said Clark English professor and Phoenix faculty advisor Elizabeth Donley. “In 2013, we placed third as a magazine in the same division, and were delighted to do so. In the past, Phoenix has regularly been honored for the art and design of the magazine more than anything else. But the CCHA competition really focuses on the literary aspects of the journal. In many ways, this is the first significant award that honors the literary components of Phoenix.”

Several individual Clark students received recognition for their entries in Phoenix as well:

Over the course of its 34-year history, Phoenix has won many regional and national awards. Many students who work on it go on to pursue careers in writing or the arts. Jennie Avens, a former Phoenix editor who graduated from Clark with her Associate of Fine Arts in spring 2015, said working on the journal helped prepare her for a position as volunteer director for a nonprofit serving budding artists. “Working on Phoenix was an amazing experience that has opened me up to other career possibilities and taught me an abundance of things I use in my life as an artist,” she said.

Phoenix is available in an online format at clarkphoenix.com.