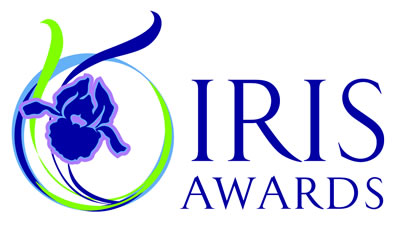 The awards will be presented to Lisa Schauer, Senior Vice President for Business Development at Mackay Sposito; Lori Pulliam, Director of Transition at the Washington State School for the Blind; and Victoria Bradford, owner of Comfort Interiors and a member of the Evergreen Public Schools Board of Directors.

Schauer, Pulliam, and Bradford will be honored on March 5, 2015 in Clark College’s Gaiser Student Center. Following a 5 p.m. reception, the awards ceremony will begin at 6 p.m.

Tickets are on sale through the Greater Vancouver Chamber of Commerce at www.vancouverusa.com.  The cost is $35 per person; a table sponsorship, which includes six tickets, can be purchased for $250. Seating is limited.

The Iris Awards are supported by Clark College, the Clark College Foundation, Greater Vancouver Chamber of Commerce and the Vancouver Business Journal, which publishes the “Women in Business” directory, the only Portland/Vancouver metro area directory of businesses that are owned, directed or managed by women. The Iris Award winners will be featured in the 2015 “Women in Business” directory. 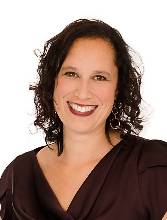 Lisa Schauer is a Senior Vice President for Business Development at MacKay Sposito. She was the first female partner in the regional engineering consulting firm. As a member of the firm’s Board of Directors and Executive Committee, she is currently responsible for strategically positioning the firm’s business development and marketing efforts. Schauer is well known throughout MacKay Sposito and in the industry for her commitment to people and mentoring, including launching the company’s Veteran’s Council, in 2013 to recognize and support veterans.

Schauer is equally well known through her involvement in the community. She is on the Chair of the Board of Directors for the Children’s Center and was a Founding Board Director and is currently the Chair of H-RoC Political Action Committee, a non-partisan group formed to advance women leaders in Southwest Washington. She has served on many other boards and leadership positions. 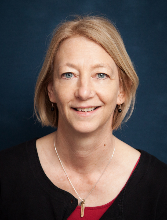 Lori Pulliam has been teaching at the Washington State School for the Blind for 32 years, and currently manages the residential department which provides residential services and education to our middle and high school students, and the LIFTT program, which teaches young adults with visual impairment skills of independent living. Throughout these 32 years she has taught students with deaf-blindness, worked with students from WSSB who were taking classes in the local public schools, taught career education and worked with students in community based work experience placements.

Lori has helped develop programs to improve employment prospects for blind students. She was part of a team that developed the Youth Employment Solutions (YES), a summer career education and work experience program for students with visual impairment. She has been a long time staff member for a summer course for public school educators. Lori has served on boards and commissions in the state. Currently she is serving on the Disability Transition Task Force. Locally she is a member of the Fort Vancouver Lions Club and has given her time to coaching soccer and participating in efforts like the Walk and Knock Food Drive. 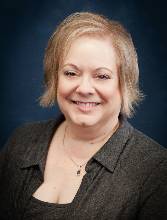 Victoria Bradford is the owner of Comfort Interiors. She bought the interior design business in 2000, and under Bradford’s ownership, the company has won awards in both the Vancouver Parade of Homes and the Portland Street of Dreams.  She is also one of the founders of Pomeroy Equitable Solutions, a company created to give businesses the opportunity to partner with schools to fund needed programs.

Beyond her full-time duties as a business owner, Bradford has served on the Evergreen Public Schools Board of Directors for the past 15 years. Bradford has served four times as Board President and Vice President, as well as the legislative representative and federal liaison for both the EPS District and the Washington State School Directors Association. The Evergreen Public School District is the fourth-largest school district in the state, and the third-largest employer in Clark County, with more than 27,000 students and an annual budget of over $240 million.  She has been a leader during highs and lows in the district, from the budget cuts of the late 2000s to the opening or remodeling of 15 schools.  A signature achievement was her instrumental role in researching and establishing Henrietta Lacks (HeLa) High, a bioscience and healthcare high school, in the district. Bradford is also a founder of the Quality Schools Coalition of SW Washington.

Bradford is a member of the Vancouver Downtown Association. She is on the Development Committee at The Fort Vancouver National Trust and has parlayed her love of ballroom dancing into best dance honors at the Trust’s 2012 Dancing with the Local Stars competition.