Michael Ciraulo named to
Clark College Board of Trustees 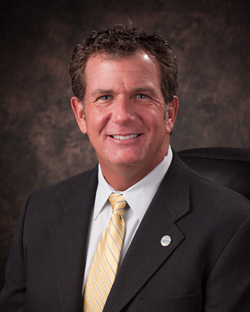 VANCOUVER, Wash. — Michael Ciraulo has been appointed to the Clark College Board of Trustees by Gov. Jay Inslee. His five-year term will begin Nov. 1, 2014. Ciraulo takes over for Trustee Sherry Parker, whose term expired this summer.

“Mike Ciraulo brings a long history of public service to the board and we are happy to welcome him,” said Clark College President Robert K. Knight. “As a graduate of a community college, a community leader, and a professional firefighter, he brings a lot of energy and enthusiasm to the college.”

A 20-year veteran of the fire service, he is currently the Division Chief in charge of Training and Education at Clark County Fire and Rescue. He earned his associate degree in fire protection from Portland Community College, a bachelor's degree in business management and communications from Concordia University, and is a graduate of the Executive Fire Officer Program through the National Fire Academy.

A dedicated public servant, Ciraulo has served as both Mayor and City Council member in Battle Ground, where he resides. He has given his time to many public causes statewide and in Southwest Washington, including the Washington State Higher Education Facilities Authority, President of the Clark County Mosquito Control District, Board of Directors for the North County Community Food Bank, Chairperson of the North Clark County Steering Committee for Loaves and Fishes, Larch Corrections Community Advisory Board, and the Lewis River Rotary.

The Clark College Board of Trustees consists of five members who are appointed by the Governor of Washington. Members serve a five-year term and must live in the college’s service district. The Board seeks to ensure the quality and relevance of college programs and to provide stewardship of public resources. In this role, the Board is responsible for strategic planning; development and approval of college policies; and approval and oversight of the operating budget.

Ciraulo’s first meeting will be November 19 at 5 p.m. in Gaiser Hall at Clark College.