VANCOUVER, Wash. – From one-celled organisms to imaginary elephants, we have much to learn from the non-human life forms around us. That is the theme of this year's season of Clark College's Faculty Speaker Series, "Microbes, Pets, and Puppets: What Animals Can Teach Us."

This presentation is a fascinating exploration of some rarely seen "extremophiles," microbes that have adapted to survive in places where most living things could not—in this case, the remote and lightless ice caves in an Antarctic volcano. Part travelogue, part scientific presentation, Dr. Anitori invites guests to voyage with him on his 2010 research expedition to Mt. Erebus, the second-highest volcano in Antarctica. Through photos and stories, he will share his experiences training to survive in sub-zero temperatures, as well as his initial findings about the microbes living inside Mt. Erebus's caves—which could have implications for life in even more difficult-to-research regions, like the deep sea, areas far below the earth's crust, or even other planets.

"We think these ice caves are models for environments without light," says Dr. Anitori. "Most life on earth depends on sunlight."

Instead, these microbes survive on nutrients within the very rock itself—for example, digesting manganese and iron the way other organisms digest biological material. This discovery could, in turn, provide valuable insights into a little-understood aspect of Earth's ecology.

"Most people, when they think about microbes, they think about things that make you sick—or make yogurt or beer," says Dr. Anitori. "But 95 percent of the microbes on this planet don't have anything to do with those things."

This presentation is free and open to the public. Clark College is located at 1933 Fort Vancouver Way, Vancouver. Driving directions and parking maps are available at www.clark.edu/maps. Individuals who need accommodation due to a disability in order to fully participate in this event may contact Clark’s Disability Support Services Office at 360-992-2314 or
360-991-0901 (video phone) or email dss@clark.edu within one week of the event.

Future Faculty Speaker Series presentations include "Why Do We Need a Pet? Effects of animals on children's socio-emotional development" and "Bilingual Puppetry: a Project-Based Learning Exploration." Learn more by visiting www.clark.edu/tlc/fss. 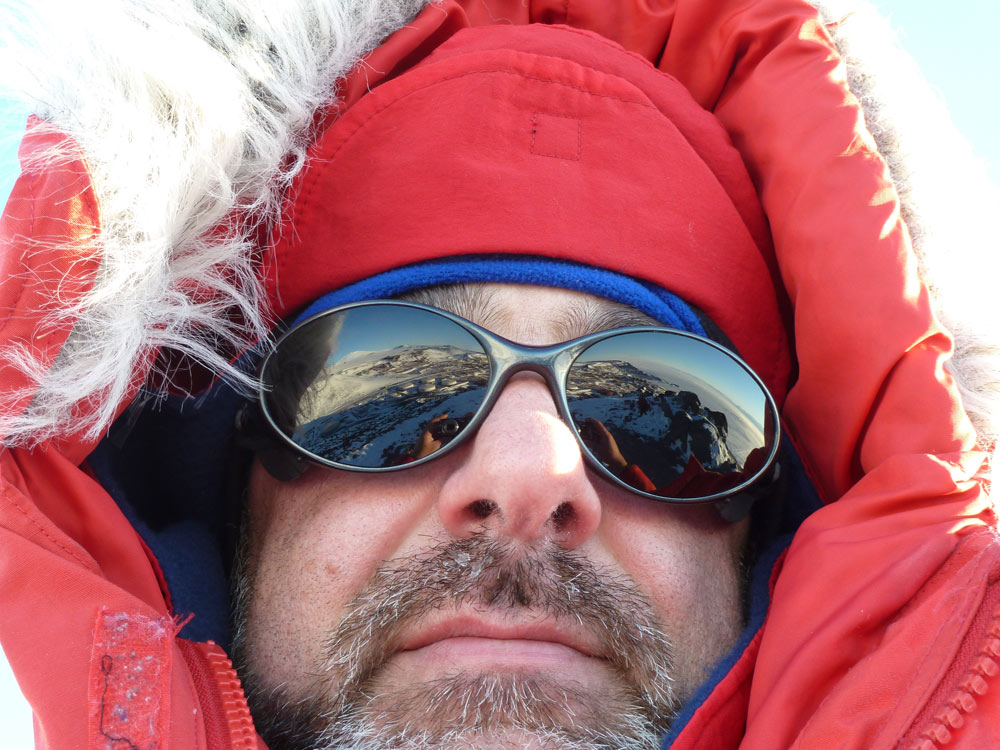 Dr. Roberto Anitori has spent many years studying microbial "extremophiles"—microbes that have adapted to survive in conditions that would be fatal to most life forms. After earning both his bachelor's and doctoral degrees Molecular biology and Microbiology from the University of New South Wales in Sydney, Australia, he worked in research labs at Macquarie University in Sydney and at Oregon Health and Science University. In addition to his work in Antarctica, he has researched extremophiles in other volcanoes, deep-sea vents, underground water tables, deserts, and radioactive hot springs; he wrote the first published description of microbial life in the radioactive Paralana hot spring of Australia. He has been invited to lecture by organizations including the Australian Society for Microbiology, the Geological Society of Australia, and NASA. In 2011, he received the Antarctica Service Medal from the National Science Foundation. Dr. Anitori began teaching microbiology at Clark in 2008 and received a tenure-track faculty appointment in 2013. He is the editor of the book Extremophiles: Microbiology and Biotechnology (2012, Horizon Press).

Located in Vancouver’s Central Park and serving up to 14,000 students per quarter, Clark College is Washington State’s largest single-campus, for-credit community college. The college currently offers classes at three satellite locations: one on the Washington State University Vancouver campus; one in the Columbia Tech Center in East Vancouver; and one at the Columbia Gorge in Carson. Additionally, its Corporate & Continuing Education program is housed in the Columbia Bank building in downtown Vancouver.