Percy (full bio below) is perhaps best known for his novel Red Moon, about which author Stephen King tweeted, "Can't stop thinking about it." Author John Irving also bestowed high praise on the book, writing, "Red Moon is a serious, politically symbolic novel – a literary novel about lycanthropes. If George Orwell had imagined a future where the werewolf population had grown to the degree that they were colonized and drugged, this terrifying novel might be it."

Percy will read from some of his works and discuss his writing process from 12:30 p.m. to 1:30 p.m. on Tuesday, October 21, in Penguin Union Building room 258C on Clark's main campus. The event is free and open to the public. Directions and maps are available online. Individuals who need accommodation due to a disability in order to fully participate in this event should contact Clark College’s Disability Support Services (DSS) Office at 360-992-2314 or 360-991-0901 (VP). The DSS office is located in room 013 in Clark’s Penguin Union Building.

A second installment of the Columbia Writers Series is scheduled for November 3, when the college welcomes writer Wells Tower. (Separate news release to come, see website for details.) 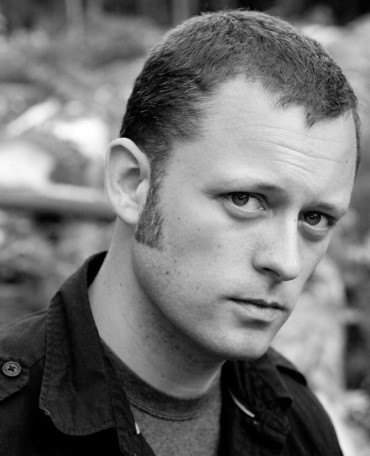 Benjamin Percy is the author of two novels, Red Moon (Grand Central/Hachette, 2013), an IndieNext pick and Barnes & Noble Discover Great New Writers selection, and The Wilding (Graywolf Press, 2010), winner of the Society of Midland Authors Award for Fiction; as well as two books of stories, Refresh, Refresh (Graywolf, 2007) and The Language of Elk (Grand Central, 2013/Carnegie Mellon, 2006). Percy is currently adapting Red Moon as a series for FOX TV with Oscar-winner Akiva Goldsman (A Beautiful Mind, I am Legend, Winter’s Tale) and The Wilding as a film with director Tanya Wexler (Hysteria). Percy’s next novel, The Dead Lands, a post-apocalyptic reimagining of the Lewis and Clark saga, is forthcoming in April 2015 with Grand Central. He also has a craft book, Thrill Me, due out by Graywolf Press in 2016.

His fiction and nonfiction have been read on National Public Radio; performed at Symphony Space; and published by Esquire (where he is a contributing editor), GQ, Time, Men’s Journal, Outside, the Paris Review, Tin House, Chicago Tribune, Orion, The Wall Street Journal, Ploughshares, Glimmer Train, and many other magazines and journals. His honors include a fellowship from the National Endowment for the Arts, a Whiting Award, the Plimpton Prize, two Pushcart Prizes, and inclusion in Best American Short Stories and Best American Comics. He writes for DC Comics, and his story “Refresh, Refresh” was adapted into a screenplay by filmmaker James Ponsoldt and a graphic novel (First Second Books, 2009) by Eisner-nominated artist Danica Novgorodoff.

Percy has taught at the Iowa Writers’ Workshop and is the writer in residence at St. Olaf College and a faculty member in the low-residency MFA program at Pacific University.

A high-resolution version of this photo is available here. Photo credit: Jennifer May.