The first inductees into the college’s
new Athletic Hall of Fame will be honored
on February 25, 2012

VANCOUVER, Wash. – Seven individuals and a perfect team will be honored as the first inductees into the Clark College Athletic Hall of Fame.

The event will be held on the second floor of Clark's Penguin Union Building.  Following a 5:30 p.m. reception, the ceremony will begin at 6 p.m.

The event is sponsored by the Penguin Athletic Club.  Tickets are complimentary but seating is limited.  To place a reservation, call 360-992-2691.  Reservations will be accepted through Feb. 18.

The announcement of the honorees was made by Clark College President Robert K. Knight during the 2012 State of the College Address.  Knight credited former interim athletic director Dennis Huston and members of the Penguin Athletic Club for their “leadership and vision” in making the Hall of Fame a reality.

Knight honored Huston with a Clark College Presidential coin. The coin is given to faculty and staff members who provide exemplary service to Clark students, the college and the community.

She went on to compete in basketball at Portland State. Hill was a 1989 Women of Achievement honoree.  In 1993, she was inducted into the NWAACC Hall of Fame.

Kindsfather was a 20-game winner for the Seattle Rainiers in the Pacific Coast League. He pitched the first perfect game in Northwest League history.

Randy Myers: A star pitcher for the Penguin baseball team during his years at Clark, Myers went on to have a stand-out career in major league baseball.  In 1989, as a member of the Cincinnati Reds, he was National League Co-MVP.

Randy Myers continued his support for Clark athletics by serving as an assistant coach for our women's basketball teams.

Claude “Skeet” O’Connell: Skeet O’Connell is a legend at Clark College as a coach and a person.  A mentor to numerous alumni who still speak gratefully of his influence, “Skeet” O’Connell arrived at the college in 1946 and was its athletic director until his retirement in 1977.

He coached baseball and basketball during many of those years.  He also coached golf from 1975 through his “second” retirement in 1987. Clark’s Athletics Building is named in his honor.

Jim Raines: Jim Raines is being honored for meritorious service.

A passionate supporter of Penguin student athletes, he is past president of both the Clark College Alumni Association Board and the Penguin Athletic Club Board.

In 2007, he received Clark’s Presidential Award for Excellence. 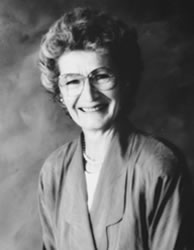 Gaydena Thompson: Gaydena Thompson made history in 1977 by being named the first female athletic director in the Washington state community college system, a position she held until opting to focus her attention on teaching in 1982.

Through her classes, college activities and public service, she was a leader in promoting fitness for students and community members alike.

Clark’s fitness center is named in her honor. 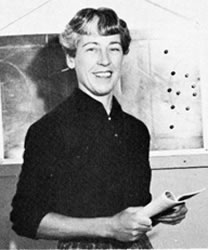 In the 1950s, she was a physical education instructor and a coach for sports including an award-winning, coed fencing team and Clark’s softball team. 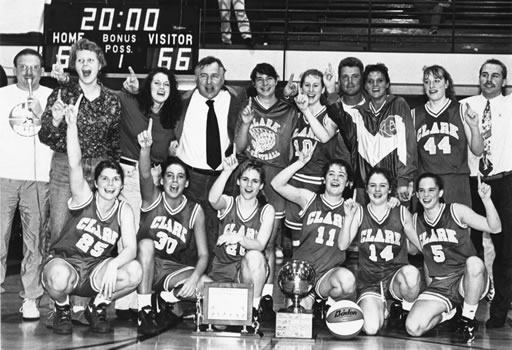