On International Women’s Day 2012,
three women will be honored
for their lasting contributions to Southwest Washington

VANCOUVER, Wash. – A business leader, a community philanthropist, and an advocate for individuals with developmental disabilities are the winners of the 2012 Iris Awards, honoring women of achievement in Southwest Washington.

The awards will be presented to Lisa Nisenfeld, president of the Columbia River Economic Development Council; Sally Schaefer, a community leader and volunteer for more than 50 years; and Mary Strehlow, developmental disabilities manager for the Clark County Department of Community Services. 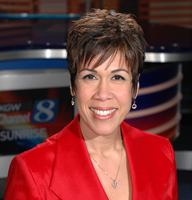 Nisenfeld, Schaefer and Strehlow will be honored on March 8, 2012 in Clark College’s Gaiser Student Center.  Following a 5 p.m. reception, the awards ceremony will begin at 6 p.m. with KGW news anchor Brenda Braxton as emcee.

Tickets are on sale at www.vbjusa.com. The cost is $25 per person. The ticket price includes an appetizer buffet and a choice of beverages.

Tables of eight are available. To reserve a table, all seats must be purchased at one time. Seating is limited.  The reservation deadline is March 2.

The Iris Awards celebrate the lasting and far-reaching contributions of women in Southwest Washington and beyond.  The awards, which will be presented on International Women’s Day 2012, will honor the tradition of the regional “Women of Achievement” celebration but embrace a new direction for the future.  Information about the Iris Awards is available at www.clark.edu/cc/irisawards. 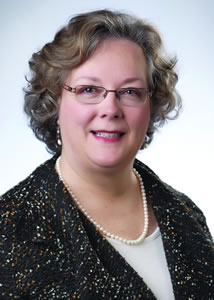 Lisa Nisenfeld is president of the Columbia River Economic Development Council, a position she has held since last October.  The CREDC provides leadership and connects resources to promote business growth in Clark County.  Prior to that, she was executive director of the Southwest Washington Workforce Development Council. In that role, she led workforce development efforts for a three-county area, promoting “a highly skilled and adaptive workforce for a healthy, sustainable economy in Southwest Washington.”

She previously served as president of Working Designs, Inc., which provided consulting services to economic development and human service organizations, and as director of Workforce and Target Industry Programs for the Portland Development Commission.

Nisenfeld received a bachelor’s degree from Lewis & Clark College in Portland and has done graduate coursework in public administration, ethics, theology and sociology.

She has served as a board member for state and regional organizations including the Washington Workforce Association, which she has chaired for the past four years, the Cowlitz Economic Development Council, nConnect NW, the Northeast Workforce Center, and Oregon Outreach.  She was a co-founder and vice president of the Women’s Center for Leadership.

A resident of Vancouver, Nisenfeld has four children and two grandchildren.  She is a founder of the Bridgeport United Church of Christ.

One of her nominators called Nisenfeld “an inspirational leader who possesses that rare ability to provide both vision and passion to those she leads.” 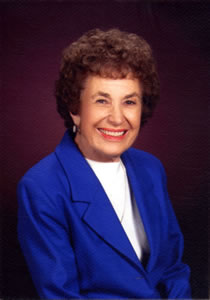 For more than 50 years, Sally Schaefer has enriched the community through her service across the spectrum of health, social services, public schools, higher education, international relations, the arts, ecology and local philanthropies.

After beginning her career as a public school teacher, Schaefer made education a focus of her volunteer service.  She served on the board of Young Audiences of Southwest Washington, a community organization that focuses on bringing the arts to school children.  She also volunteered in the Vancouver School District’s “Hosts” program, which provided mentoring to grade school children to enhance their reading skills. In 1971, she received the “Outstanding Service Award” from the Vancouver School District.

In addition to serving as a member of the Southwest Washington Higher Education Task Force, which supported the original planning for WSU Vancouver, Schaefer served on the Clark College Board of Trustees for 13 years. She served as treasurer of the Washington State Community College Trustees Association for two years and received their 2000 Outstanding Trustee Award.

She served as a member of the Southwest Washington Medical Center Foundation board for nine years. She has also served on the Clark College Foundation Board and the Council of Elders at Good Shepherd Episcopal Church and St. Luke’s Episcopal Church.

A graduate of Willamette University, she received the university’s Distinguished Alumni Award in 2005. She and her husband, Bob, reside in Vancouver. They have two children and five grandchildren. Their son Lou and his wife Lori reside in Spokane. Their daughter Cyndee lives in Palm Springs, Calif.

The 1984 recipient of the First Citizen Award, Schaefer was described by nominators as a “humble, generous woman who is a leader, role model, and inspiration.” 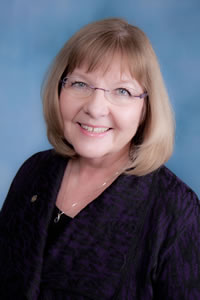 Strehlow graduated from Pacific Lutheran University with a bachelor’s degree in psychology. She earned a master’s degree in social work, planning, administration and management from Portland State University.  Strehlow previously served as a case manager for Washington State Division of Developmental Disabilities, an institutional counselor at Washington’s Western State Hospital, a research analyst for the Washington Dept. of Research for projects on the elderly and children’s foster care, and as social service director for the Hazel Dell Care Center.

Strehlow, who resides in Salmon Creek, has three children: Eric, a chiropractor in Vancouver; Matthew, an emergency medicine physician practicing in Palo Alto, Calif.; and Adrienne, a Lutheran minister on the Long Beach peninsula.

One of her nominators wrote, “The past 30 years have seen a revolution in our attitudes and acceptance of disabilities and Mary has been at the forefront in this revolution. She is a community hero.”